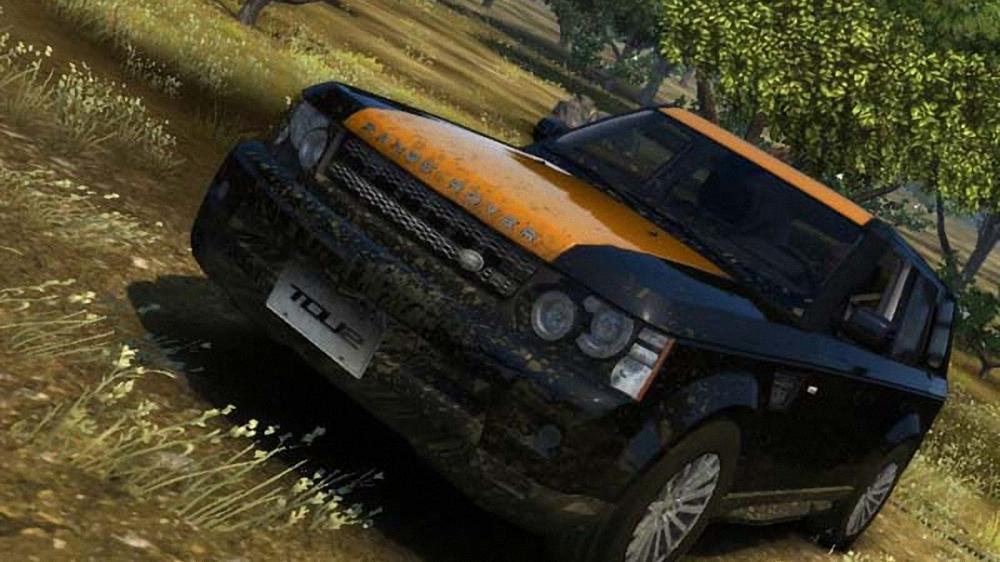 A. KAHN DESIGN AND THE WORLD OF VIDEO GAMES

Known by his online pseudonym, Nombo’s approach to video games has ensured he is somewhat of a cult figure.

His choice of vehicles in the Test Drive Unlimited 2 computer game has only added to his massive cult status. Upon purchasing a standard range rover sport, Nombo moves the car to the spray shop where users can choose a number of different shaped decals to create images and shapes.

He decided to ‘personally’ recreate the Vesuvius and Kahn cosworth range rovers – to somewhat match his father and uncle’s bespoke Kahn Range Rovers.

The man himself spoke to Kahnnews about the profound impact the Kahn brand has had with computer game fans, his own cult status and why being a fan of A. Kahn Design runs in the family.

What do you think of A. Kahn Design?

As a Graphic designer and artist, I have great respect for things of beauty. That’s how I see the cars that are produced by A. Kahn Design. Each car is designed and built specifically to an idea that sets out to create an elegant and original masterpiece and that’s what makes them so desirable.

How long have your father and uncle had their respective Kahn vehicles?

They’ve had them a while now, around 4 years, and whenever they are thinking about getting something new, you will only catch them looking at the new designs on the Kahn Website.

They go to a professional valet once a month and since they’ve owned them for a while, they’ve had a few things done like additional metal side steps, polished wheels, personal plates and more. When I showed my uncle that I had replicated his Range Rover in the game ‘Test Drive Unlimited 2’, he said “oh, that’s my baby!”

So they love them to say the least!

What do your friends and colleagues think of Afzal Kahn’s designs?

People love the designs. Video gamers don’t like normal standard things. They like things that stand out, something that makes them special and different than everyone else. For example, when playing shooting games, we all want the illusive ‘Golden Gun’. That’s what is so appealing about A Kahn Design; the cars are unique and elegant. Kahn design has something for everyone and the Kahn smart car proves that!

The general remarks we get when talking about A. Kahn design’s vehicles is “I’ll own one of those when I’m rich and famous.”

So, they are seen as desirable high class items! You could say they are the ‘Golden Gun’ of the car world!

Would fellow car enthusiasts like to see an A. Kahn Design video game? If it did happen, would it go down well, in your opinion?

A ‘stand-alone’ Kahn game would be awesome! Maybe you start of with one of the lower cars like the Smart, and work your way right up to the Veyron, by earning money from races or even from car shows, but the options don’t end there. One possibility for example, would be some content in an existing game.

The beauty of downloadable content means that it would not be impossible for Kahn Design to have a Sales Forecourt on an existing game such as Test Drive Unlimited 2. The Garage could sell a number of different cars already available within the game but with the stage 1, 2 or 3 upgrades, just like in real life. and with the introduction of 3D games technology, it would be great to walk around a 3D project Kahn vehicle and really look at the fine detail before you buy!

Also, with the arrival of Forza Motorsport 4 at the end of this year, you can expect to see plenty of my personally designed Kahn cars for sell in the auction house!

How long how you been working in the video game industry?

I remember the day my uncle let me play on his Commodore + 4 back in the early 80’s when I was around 4 years old. I immediately went and told my mother and father all about the game.

Then, when I owned my own Sega Master system, I had to tell them every progress I made and how I did it. I think it annoyed them but that didn’t stop me talking about games! So you could say it all started then.

But realistically, around 6 years ago I saw a growing Social trend in games. More people were becoming friends and playing together online. I started a small website for people to join and discuss gaming. We had a little group going and now with the hugely increased interest in gaming – I wanted somewhere gamers can go online and purchase games and accessories at great prices. But I didn’t want to lose the community side of what I do, so we have a retail site: wrinklyninja.com and community site: wrinklyninja.freeforums.com.

The thing I like most about working in the industry is that I know my customers are interested in games just as much as I am. I can have a great in-depth conversation with another gamer about when a certain game is being released or what its content will be. You don’t get that selling groceries or double glazing!

I love how you can lose yourself in a game for a while, take some time out and have some fun. Some stigmata is still attached to gamers but in reality it’s becoming a very socially acceptable thing to do. There’s nothing I like better than teaming up with friends for a gaming session.

Games like ‘Test Drive Unlimited 2’ and the ‘Forza Motorsport’ series allow all sorts of people from all over the world, with a common interest, to get together and do what they love doing.

Just last night I ‘virtually’ drove to the casino in Hawaii in my new Kahn/Cosworth Range rover! You pass other players from all over the world and it gets a lot of looks and attention. Random users question the design and are surprised when I tell them it’s not available as a standard car in-game.

Are you going to show off any more A. Kahn Design vehicles to fellow Test Drive Unlimited 2 players?

I’d love to do them all eventually, especially the Aston Martin. But the reason I chose to start with the Range Rover Sport and Cosworth is that they are very significant paint designs that are easily recognisable.

I can paint the unique ‘burnt-orange’ bonnet and roof design or the blue on white Cosworth design and it’s easy to tell it’s a Kahn. Maybe in future games, as game detail increases; I can add custom Kahn Wheels or body kits and have a garage full of Kahn Designed Vehicles. I may even try to be Afzal Kahn for a short while and come up with a whole new Kahn Design vehicle.

And as a reward for my efforts and loyal fanatical gaming input, you could ask Mr Kahn to send me his Veyron?… or maybe the just the R8?… no? ok, I’ll settle for a signed poster… you can’t blame me for trying!